Another £80,000 Fine Issued to Direct Assist for Nuisance Calls

More tough enforcement by the ICO has emerged following a bout of unsolicited marketing calls made by Direct Assist Ltd; a personal injury claims company. The organisation had made a high volume of calls offering access to solicitors for consumers who hadn’t given their permission to be contacted. The ICO has revealed that almost all of the individuals who made complaints had previously registered their telephone numbers with the TPS. Over 800 individual complaints were made over a period of 19 months, giving the ICO more than enough evidence to issue a monetary penalty. 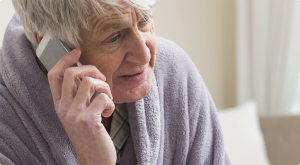 A partially deaf complainant said they were left in fear of answering the phone, which they used regularly to keep in contact with their family. Despite a call operator being informed about this distress, calls continued to this particular individual. There were also a reported 470 individual calls to one household, showing the extent of the nuisance that was caused.

Claims that rogue companies often target vulnerable and elderly consumers are supported by the fact that Direct Assist agents were told to deliberately target TPS registered numbers. The ICO’s investigation also revealed that the company did not have any structured staff policies or guidelines existed to ensure compliance with the PECR (Privacy and Electronic Communications Regulations).

Steve Eckersley, Head of Enforcement at the ICO said:

“Direct Assist’s behaviour shows a blatant disregard for the law and the customers they tried to contact. Even though the TPS contacted them 525 times to warn them about complaints being made they continued to market their services through unsolicited phone calls. This penalty sends a clear message that this type of irresponsible marketing is totally unacceptable. Companies need to think about their responsibilities, the law and the consequences if they try to break it.”

Direct Assist is now going into dissolution as a result of the ICO’s actions and requests from the HMRC.

If your organisation conducts outbound sales and marketing calls to consumer data lists, it is vital to ensure you are compliant with regulations to avoid being hit with fines of up to £500,000 by the ICO. There is excellent guidance provided on the ICO website regarding compliance for businesses. Nexbridge offers free, live TPS screening to all of its customers, so they can be sure not to contact TPS registered numbers for the appropriate campaigns.