Back in 2007, two Yahoo! employees took a break from work to go travelling in South America with their savings. This trip was to spark discussions about a new mobile application based on status updates. Two years later, Jan Koum and Brian Acton founded WhatsApp, which has now evolved into the biggest mobile messaging app in the world. After an international beta trial, and an invite-only version of their new update, WhatsApp have now added VoIP calls into the mix for their 700 million monthly active users. 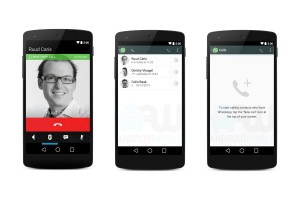 Currently only available on Android, but due to be released for iPhone in a matter of weeks, WhatsApp’s new calling feature has the potential to cut out a significant proportion of voice revenue for mobile network operators, provided it can offer an adequate voice service when mobile data is patchy. This is a prediction that seems plausible considering the huge decline in SMS use, and the wide adoption of instant messaging alternatives that has occurred over the past few years.

But WhatsApp is definitely entering a competitive mobile VoIP market, with other applications providing the same feature before this new update was even announced. Popular alternatives offering calls using mobile data are available on all main devices and operating systems (think Google Hangouts, Skype, Viber). The real question is whether WhatsApp can spark wide adoption due to its significant user base and reputation for great usability. And as already mentioned, even though providing a high quality mobile data network is an industry-wide challenge, if WhatsApp can develop a superior service for users with a less than optimal signal, they will be in a good position to take the mobile VoIP market by storm.

Many of the benefits that VoIP can bring for mobile users are mirrored in the business world, with business VoIP providers offering significantly reduced or free call costs and access to unified communications tools. The increased development of VoIP technologies in the mobile industry will likely continue to raise awareness of the advantages that VoIP can bring to the whole communications spectrum, making it simply a matter of time before VoIP becomes an industry standard.